Join Us for Church Online this Wednesday at 7PM and Sunday at 9AM & 11:30AM or Sunday's in person via reservation only. 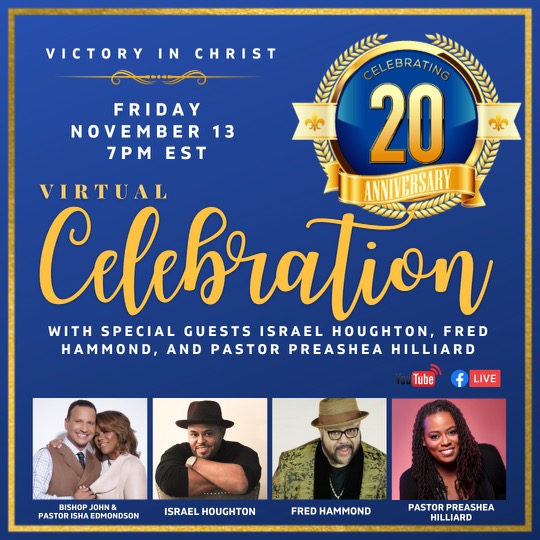 Victory's Virtual 20th Anniversary Celebration was on Friday, November 13th @ 7 pm.  It was a Virtual night of all Virtual nights as we celebrated 20 Years as a church family. It was a time of Reminiscing, Reflection, and Rejoicing with special guest appearances like no other. Spread the word, Victory is 20 years old, so it’s time to CELEBRATE!!!! Click Below to Watch this Momentous Celebration!